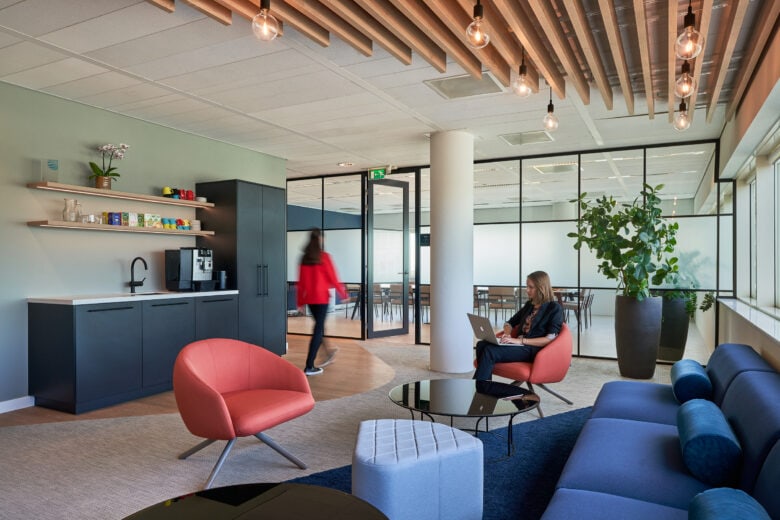 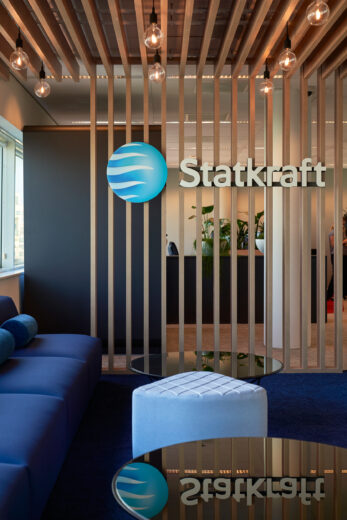 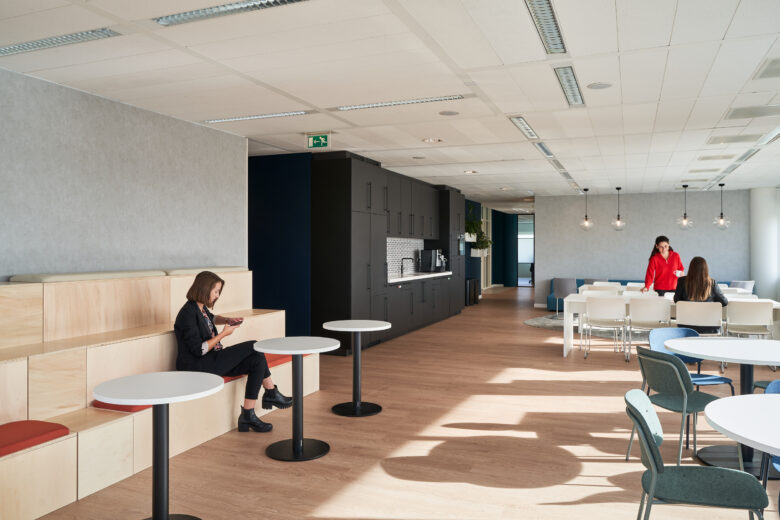 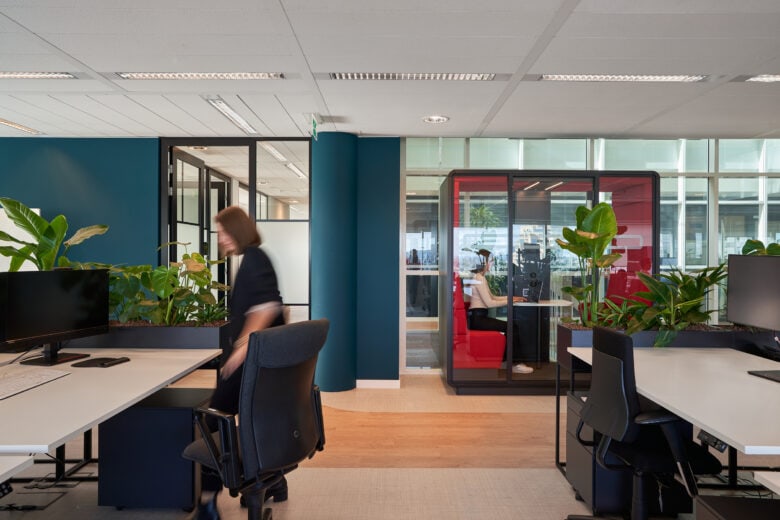 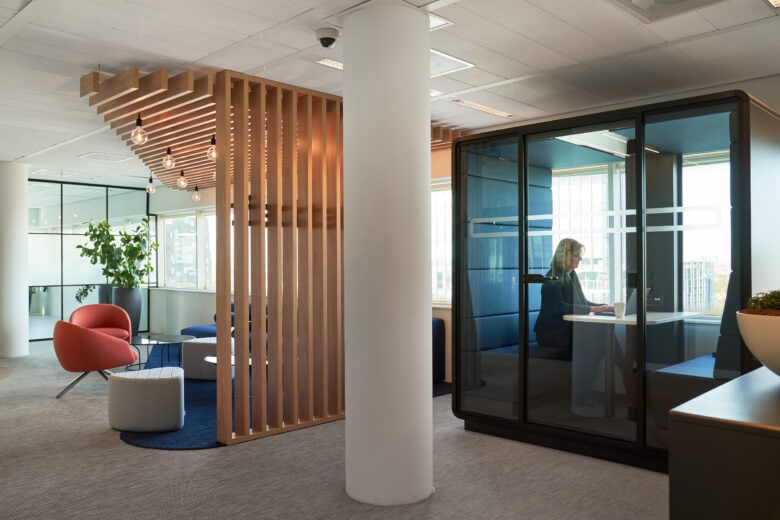 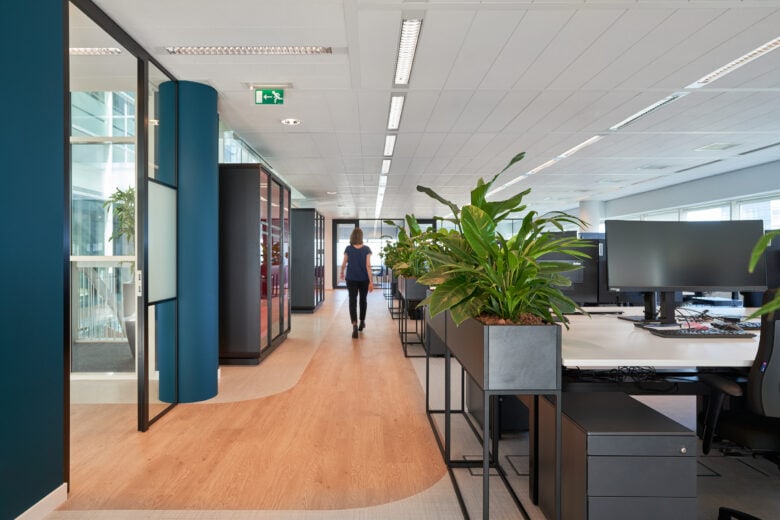 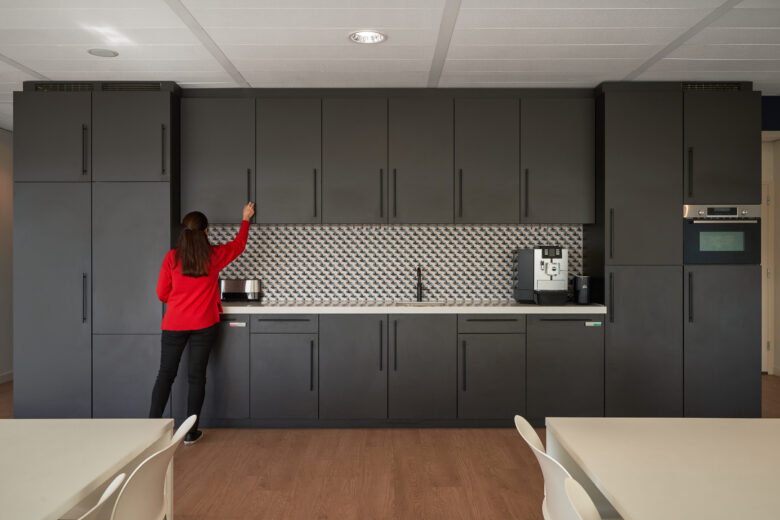 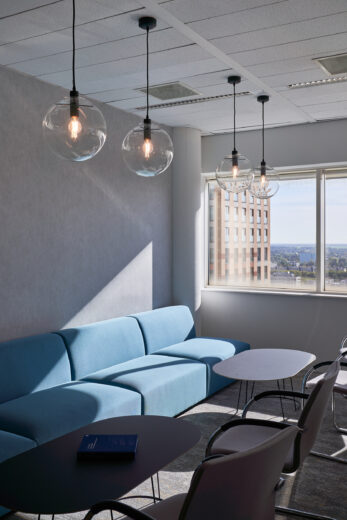 After seeing the finished space that the London team have been enjoying, Statkraft Amsterdam were keen to replicate a similar style of workplace. Taking key parts of the design and configuring it in a way that would work for the team in Amsterdam.

The main goal for the team was to bring a fresh and rejuvenated feel to the office that focussed on fostering their staff. Their space had long been left untouched and the Statkraft team felt it wasn’t an accurate portrayal of the brand with the image they wanted.

After witnessing the successful refurbishment of the Statkraft London office and the resulting positive uplift in staff engagement, collaborative behaviours and connection to brand this had created, the Statkraft team were keen to unlock this potential for their Amsterdam team.

The project brief was aimed at utilising the London office as the basis of their global design standards, inspiring the look and feel of the Amsterdam space and keeping the two offices consistent with each other, whilst being adaptable to the different teams and their own unique ways of working.

By seeking to continually evolve Statkraft’s global workplaces our team was conscious to understand the unique way in which the Amsterdam team worked and collaborated amongst one another.

In their office creating a space for people to build a more collaborative culture was important and as a result throughout work zones the space is broken up with a variety of collaboration zones which might feature soft seating or high bench style seating options, giving the team choice over their work setting and the flexibility to choose depending on the task they need to achieve.

Plenty of various sized meeting booths and phone pods were incorporated to facilitate this and provides space for the team to get away from the open place space for quick video calls or private meetings.

In their London office expansive social spaces were incorporated into the very core of their footprint. These communal spaces have since helped to strengthen a positive team culture and subsequently enabled better cross team collaboration.

Emulating this for the Amsterdam team, their new layout incorporated a similar central hub space including an open plan kitchen and ample casual seating choices. Here staff drop in for their morning coffee, gather for lunch or collaborate for quick catch-up’s. Meanwhile the space is flexible enough to be transformed into more open space that enables all staff gatherings or hosting other events. With the advantage of windows surrounding a majority of the room, the space is bright and flooded with natural light. The overall feel is modern, elegant but not overstated.

Elsewhere satellite tea points were refurbished with new fronts and cladding, new worktops and splashback tiles in order to modernise the space and make these more inviting, giving the team drop by points to step away from their desks and facilitating chance interactions amongst the team.

The overarching design concept was to combine and contrast together natural and man-made elements. The natural elements are represented in the use of natural materials such as wood and cork, the use of greenery and the flowing, curving lines of the carpet. This is used in contrast with industrial accents including the use of metal, concrete looking accents, and rigid lines seen for example through glazed partitioning.

As well as this, the space had to embody the brand just as the London office does. In a subtle, understated but powerful way. The splashes of strong brand colours complement the design and create the physical link to the London space.

This is particularly seen in the front of house reception space which features vertical and horizontal wooden look slats, with light bulb features and Statkraft logo in line with the London design. This welcoming, warm space means the Statkfraft brand is being showcased from the beginning of the workplace journey, setting a particular ambience and guiding how clients, visitors and employees to feel as they enter the space.

Following our previous successful project in London with the Statkraft team, we had already developed a relationship with the team and understood their ways of working. Therefore, the client knew of our abilities to turn around the layout quickly, how we incorporate their ongoing feedback and comments, and how readily available we are for any queries and questions.

In the initial stages we created a concept presentation alongside extensive material boards and a video walkthrough to help the client visualise the space. From this the journey began and we continued to work closely with the team to design their ultimate workplace.

Looking to future proof your workplace?